Ouragans are rare - only five exist - with IC867 belonging to Hashimara. Now the story of when it has been put up in Hasimara is revealed.

The Officers Mess at Hashimara Air Force Station offers a good place for war relics. A rare Dassault Ouragan is on display in front of the mess.

The Ouragan is painted standard IAF Grey and is on a platform. The canopy is missing and replaced with sheet metal. The aircraft sports the serial IC867. Initially I thought that this aircraft was IC667 because no “8xx” series Ouragans have been noted, but since then we have confirmed that there have been aircraft with the 8xx tail numbers and this number is a legit identity.

The aircraft sports the Black Archers emblem on the nose – no doubt a remnant of No.47 Squadron’s stint at Hashimara in the 1965-68 period. The Ouragan is one of the only five extant airframes known to be in India at this point of time [Feb2006]. 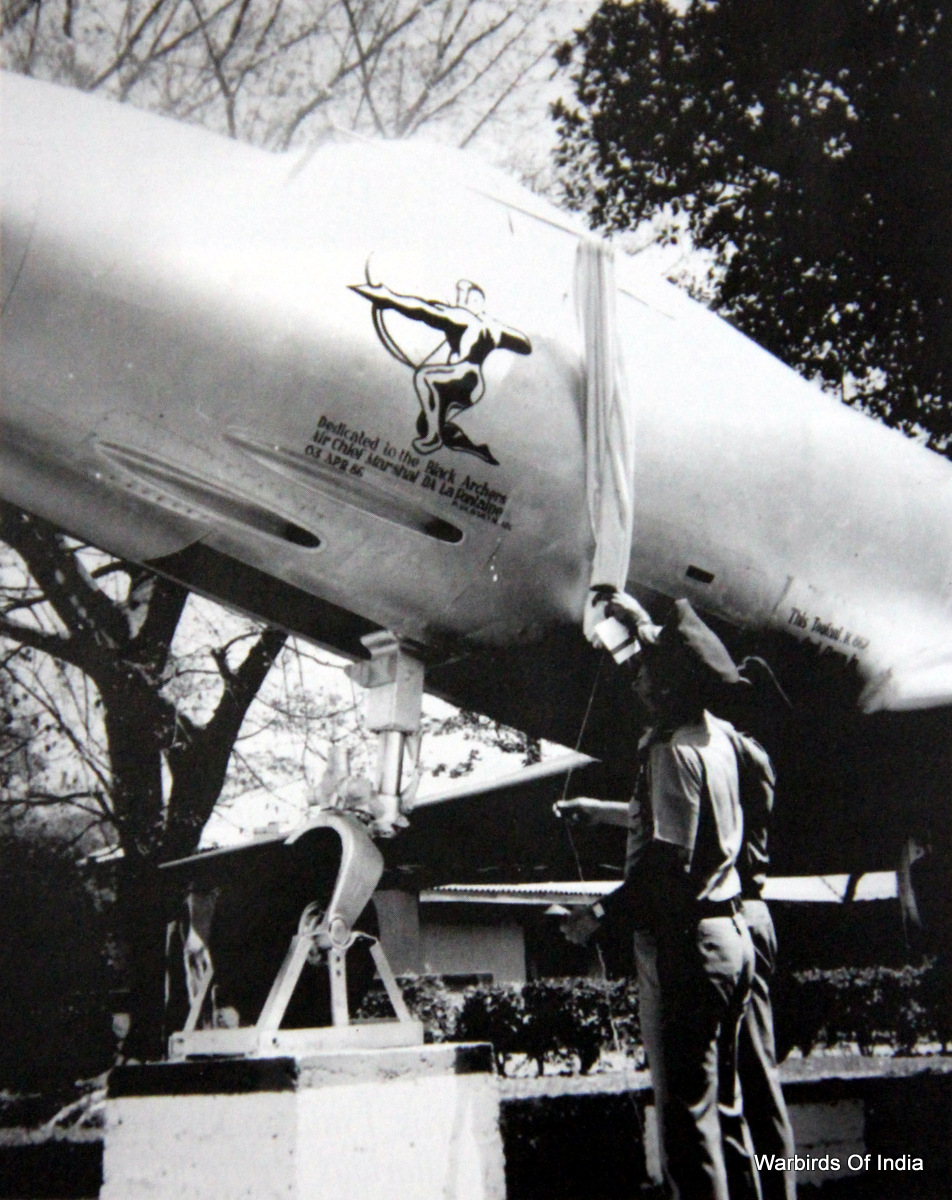 The mystery on the origin of this display was solved with the recent publication of the History of No.47 Squadron. In the initial pages of the book is a photograph of the Toofani, adorning the Black Archers logo and being ‘dedicated’ by the then Air Chief Marshal D A La Fontaine on 3 April 1986.

The aircraft must have been resurrected for display at Hasimara as a permanent memorial for No.47. However with the unit moving to Pune the next year, the Toofani remained at Hasimara as a forgotten remnant.

It is interesting to note that even in the 1986 photograph, the nose undercarraige can be seen in the ‘reverse’ position.

All Photos Courtesy of Rahul Devnath