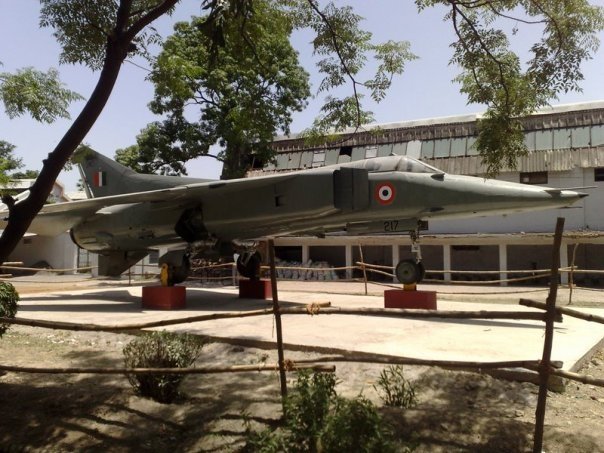 MIG-23BN [SM217] was gifted to the Aligarh Muslim University in 2009. The aircraft is now on display at the Zakir Hussain College of Engineering and Technology.

In 2009, the IAF gifted a MIG-23BN fighter airplane to Aligarh Muslim University. SM219 flew for the last time on 6 March 2009, after nearly 30 years in service, before its dispatch to the AMU. Receiving the aircraft, Prof. Muslim Taj Ahmed, Principal, Zakir Hussain College of Engineering and Technology told that MIG-23 is free gift from Indian Air Force and now is being a symbolic representation of the Indian Air Force (IAF) in the Aligarh Muslim University campus.

The aircraft was one of the last examples flying with No.221 Squadron at Halwara.