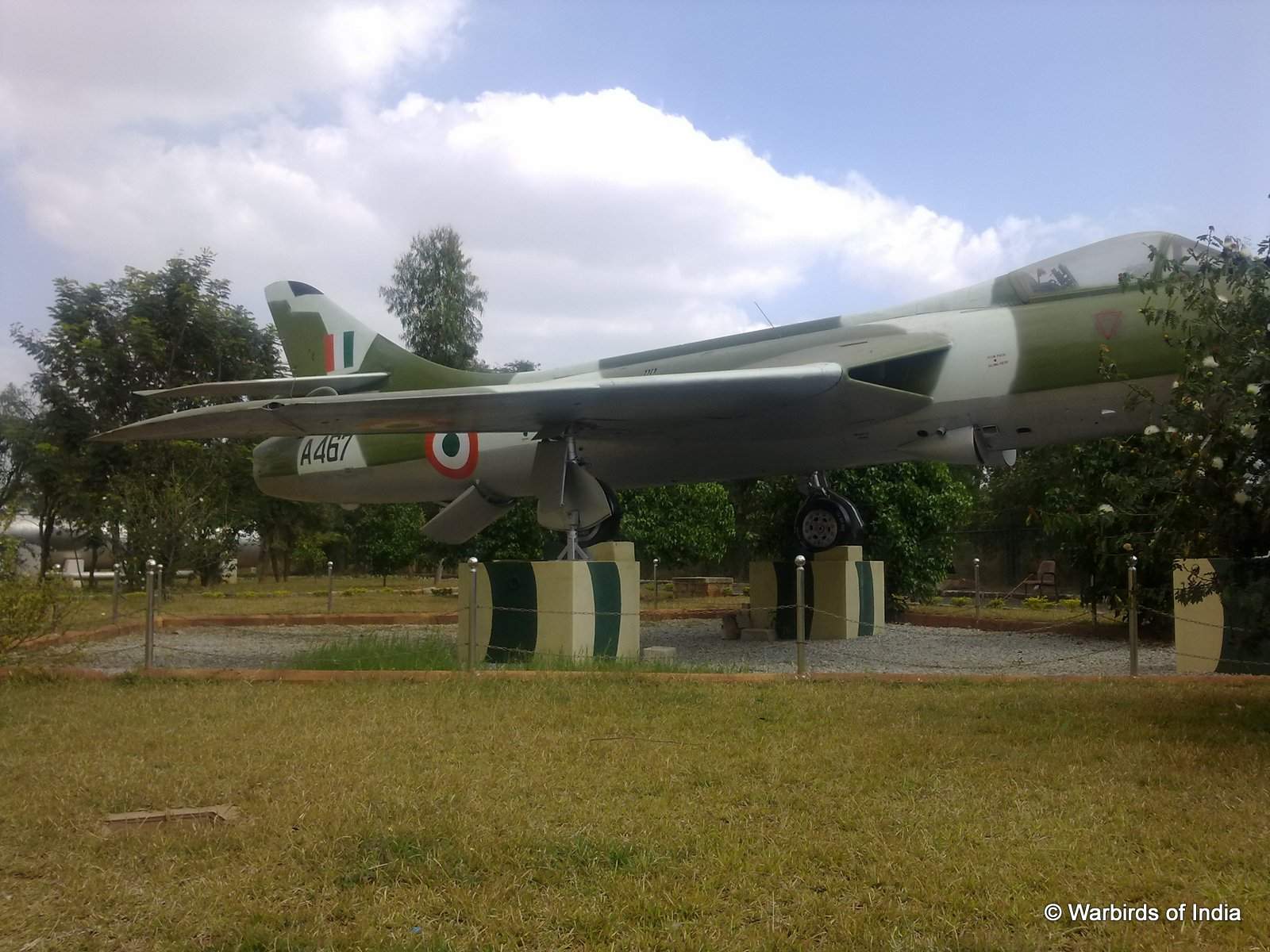 Hawker Hunter F56a [A467], currently seen outside the Low Airspeed Test facility at the Indian Insitute of Science has a long and distinguished career in the IAF.

The Indian Institute of Science (IISc) in Bangalore city is a well known public university for scientific research and higher education. It is located right next to the Training Command HQ of the IAF at Hebbal. It has a solid foundation in aerospace learning with a very strong department and as noted before it also owns a HT-2 airframe, one of the few civilian registered examples.

In 2009, the department took ownership of a Hawker Hunter F56a airframe from the IAF. This example , A467 was soon erected outside the low speed aerodynamic research laboratory on the IISc Campus

Hunter A467 was originally an FGA Mk9 variant that served with the Dutch Air Force.  It was purchased as a follow on immediately after the 1965 war. The aircraft was refurbished by Hawker and flown to India in October 1966.  It differred from the earlier Mark 56 variant in that it could carry drop tanks of increased capacity and had a much longer range. The FGA9s were referred to as Mk56A in IAF service.

During the 1971 war, A467 was on the strength of No.20 Squadron at Pathankot. The aircraft however did not take part in operations and was used mostly as a source for spares for rest of the aircraft.

In 1999, the aircraft found itself flying with the No.2 Target Tug Flight "The Banners" at Kalaikunda and was soon withdrawn from service after the Hunter was phased out.

The Hunter made its appearance at its current location in March 2013. The Aerospace labs were built a few years earlier in 2009. The aircraft is mounted on pillars supporting the undercarriage. For some strange reasons the "Sabrinas" – i.e the bulges below the cockpit that collect the ammunition links from two of the cannons have been cut off.  The aircraft is missing its ejection seat and its front undercarraige cover as well.