The best kept secret of the Indian warbird world - a rare and complete Hawker Hurricane IIB fighter aircraft at Moradabad, has now been aquired by the Indian Air Force.

The Hawker Hurricane IIB at UP Police Academy in Moradabad. Photo Courtesy : Jagran

Call it the best kept secret of the Indian Warbird World for the past decade. A rare and complete Hawker Hurricane IIB fighter aircraft preserved at the Uttar Pradesh Police Academy in Moradabad has been requisitioned by the Indian Air Force – and a deal has been struck in which a MiG-21 UM has been given to the Academy.

As disclosed by this article by Umesh Tiwari / Srischandra Mishra of the Jagran, the proposal was put to the state government in December 2020. The MiG-21UM arrived at the Academy on the 10th of January and it is believed that the Hurricane was handed over to the IAF the next day. It is no longer at the Academy but possibly in a secure IAF location.

From the Air Force Command Center, Lucknow, the MiG-21 was put in Moradabad Trolley and brought to the Police Academy. The rest of it came in two vehicles, including containers. The Air Force sent its technical team to take off and install the trolley. The civil lines station police arranged a crane to take down the aircraft. However, the air force technical team could not come till late evening, due to which the aircraft could not be lowered. At the same time, after the arrival of MiG-21, along with the Police Academy, Moradabad’s name also joined the list of Air Force.

The Air Force team will take a 53-year-old aircraft hawker from Moradabad. After receiving the green signal from the government for the transfer of the aircraft, on Monday, Dr. Bhimrao Ambedkar Police Academy officials will take action to hand over the Hurricane aircraft to the Indian Air Force officers

The existence of this Hurricane was first rumoured in 2009, when the then commanding officer of the Vintage Flight at Palam was informed of a news article that appeared in a paper. Subsequently the aircraft was confirmed to be at the Police Academy and though it was publicly visible from the street, its existence was kept a secret in the vintage aviation circles lest a repeat of the Gulbara Messerschmitt fiasco occurred.

After it was first reported by the OC Vintage Flight as possibly existing in Moradabad,  WarbirdsofIndia.com managed to locate the exact location of the Hurricane on Google Earth. – in plain sight. 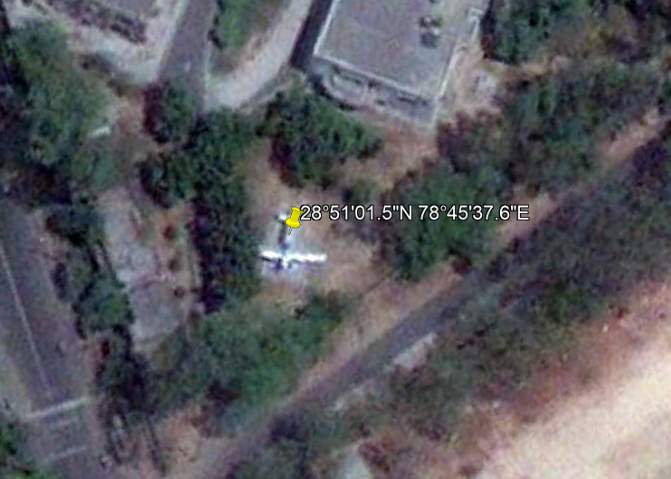 This would have been a scoop of the century – perhaps rivalled with the story of the Messerschmitt 109 at Gulbarga.  But that saga, in which scrupulous middle men colluding with corrupt local officials ensured an aircraft owned by the Municipal government went missing overnight, inspired all those involved in the knowledge of this aircraft to not talk about it – as it turned out for nearly eleven years, as talks went on between the Indian Air Force officials and the Police academy officials on a possible trade.  Finally , as the Jagran had reported, a deal has been struck.

The aircraft has been photographed in great detail – first by Mike Edwards, the advisor to the IAF Vintage Flight, who shared this photo of the interiors of the rear fuselage. 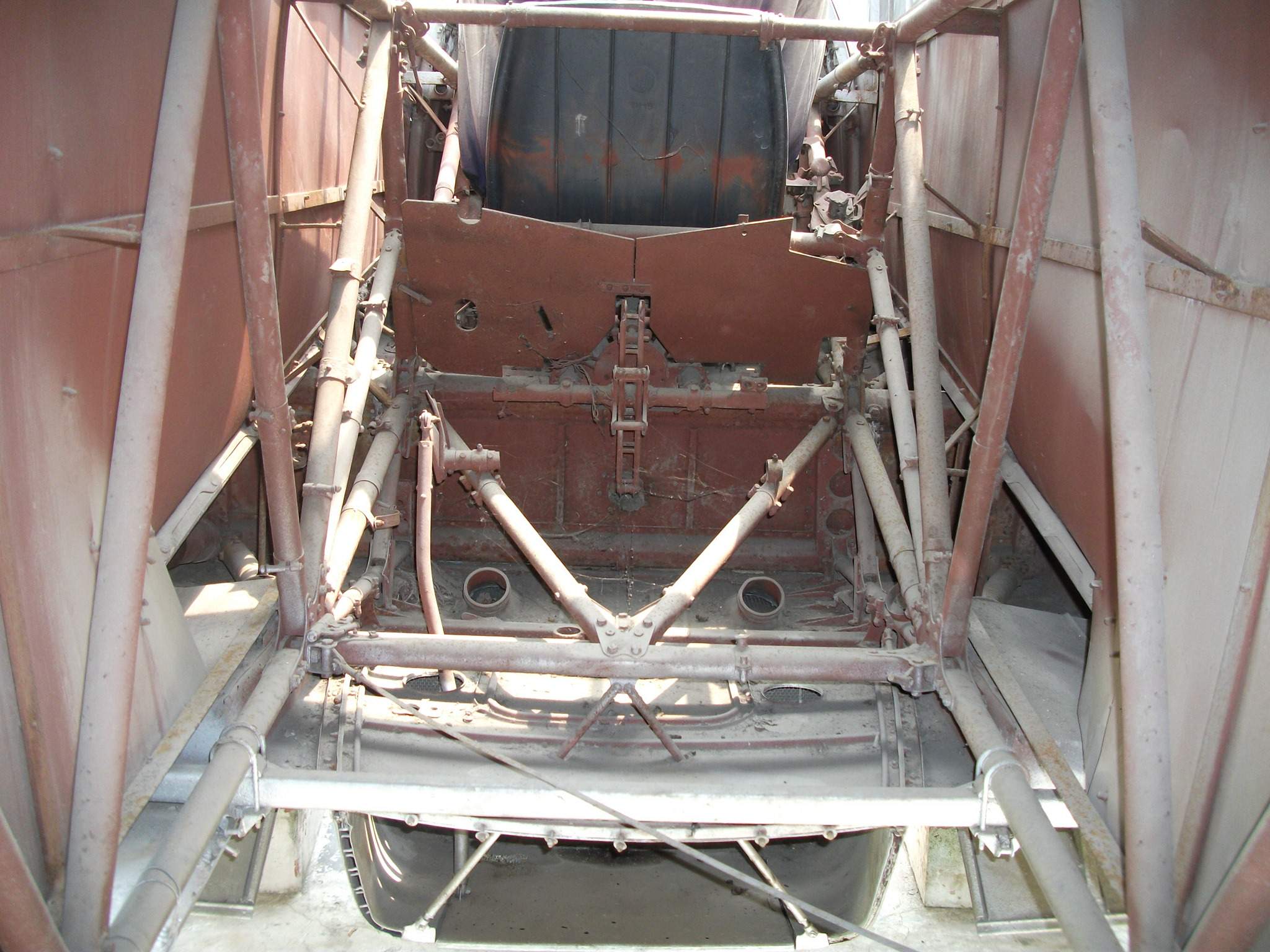 As visible in the above photograph, the rear fuselage has the original tubular structure that forms the core of the airframe. The wooden formers and individual wooden stringers , as well as the ‘dog house’ that give the Hurricane its distinctive shape was long gone, but the local ‘restoration’ by the police ensured that metal sheeting was welded to give the rear fuselage its shape, but it was left open at the bottom and the photo appears to have been taken from that view point.

The aircraft doesn’t have an original windshield, canopy or rear fuselage, as can be seen in the above photo, but the additional two outboard ‘gun barrels’ confirm that it is a IIB.

Close up of the underside of the wing reveals the six ejection ports – and the fake barrels sticking out.  This actually helped the Police Academy to identify it as a Mark IIB – without any assistance from any aviation historian of any kind – an impressive feat in our opinion!

Suffice it to say, nearly eleven years after the aircraft was first reported the exchange deal seems to have been struck. The arrival of the MiG-21UM at the Academy seals the deal.

Update: The aircraft is currently in Delhi in the IAF’s custody