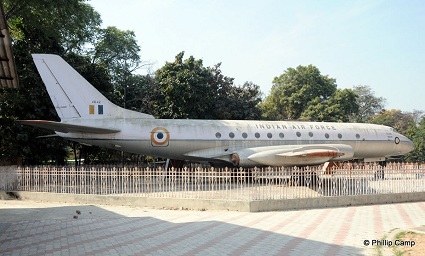 Phil Camp submits a photograph of the Tu-124 [V642] at Lucknow Zoo. Its one of the largest "Warbirds" that is not on defence lands and is accessible to the general public without restrictions .

One of the rarest warbirds to turn up was the appearance of a Tupolev-124 Rajhans in the Lucknow Zoo. India had acquired three Tu-124s for its VIP requirements. One of the aircraft was lost in a crash at Jorhat and One is with the IAF Museum in Palam. The last remaining aircraft is now displayed in what is also known as the Banarasi Bagh here. The aircraft looks dusty in the photograph that appeared on Yahoo, and also has a stair case to the front door – Probably allowing the visitors to walk through it.