Sainik School, Sarojinagar, Lucknow houses a Dasault Toofani (IC567) on display on the Kanpur Road. The aircraft recently received a makeover from the local air force unit, and had been damaged by the elements once again.  Some recent pics thanks to Nandan Bhist and Vineet Wal..

There is a Sainik School in Sarojini Nagar in Lucknow city. Located on the Lucknow-Kanpur Road, the School is home to a Dassault Ouragan on thier premises. The close is located pretty close to the Chaduary Charan Singh airport on the Kanpur Road. Donated by the IAF the Ouragan is maintained as a motivational monument for young students to inspire them to join the IAF.  The aircraft can be seen in Google Maps as well. Previous photographs showed the aircraft with a broken canopy perspex and the canopy being in an open position. The future didnt look too bright for the aircraft.

Recent photographs by Nandan Bhist taken in January 2010 (back-to-school-after-37-years.html ) bought some good news. The Toofani looks had received a makeover by No.1 Base Repair Depot at Lucknow, who have painted the aircraft and fashioned a canopy to replace the broken one. A board placed near the aircraft mentions that the aircraft was donated to the School on 15th May 1972. 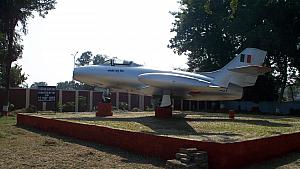 Before we break out the champagne on the remarkable transformation of the Aircraft, an even more recent photograph from March 2011, brings some bad news again.  Vineet Wal on Flickr posted a photograph of the aircraft, taken from the road that shows the canopy perspex is broken again! 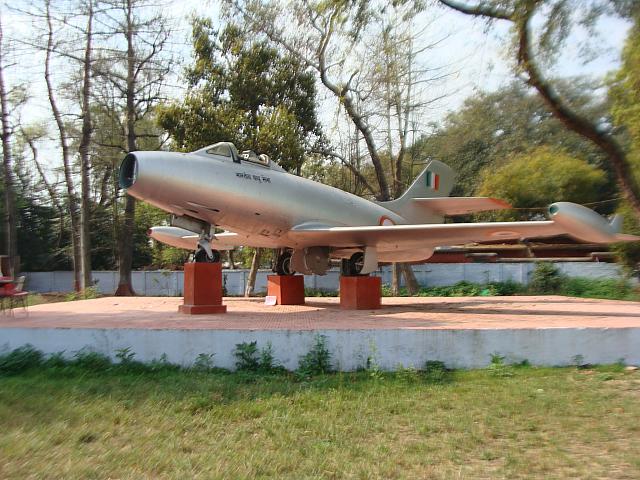 Photographs of the Toofani from the Gallery.