An IAF Gnat  in California is all set to be repainted in its original colours - to honour its original heritage! The "Red Arrows" Gnat at March Field Museum is being stripped off its incorrect paint scheme..

The March Field Museum in Riverside, CA holds one of the five Folland/HAL built Gnat aircraft that were sold by the IAF to Dave Talichet in the 80s. On display at the March Air Force Base in California . Initially displayed in IAF plain aluminium finish, HAL Gnat E-1076 was repainted in the Red Arrows paint scheme, while carrying the IAF Serial number on its fuselage. It languished at the museum for years in that inaccurate (And dare we say – horrid!) scheme.

But not anymore, we have been tipped off by Alex LaBonte Jr, the Restoration Manager at the March Field Museum, that the Gnat will be stripped off the current scheme and repainted to represent its Indian Air Force  heritage.

On their facebook page, the Museum states the following:

In keeping with MFAMs commitment to honoring the individual history of each of our aircraft, museum staffer Alex and volunteer Joel Diaz bring our F1 Gnat to the restoration hangar. There it will be returned to its original configuration and livery as an Indian Air Force fighter jet and veteran of two Indo-Pakistani conflicts..

Photographs of the aircraft on their page shows the paint stripping activity has already started. It wont be much longer before we can see the IAF roundels on display on the West Coast! More photographs of the Gnat at the museum. 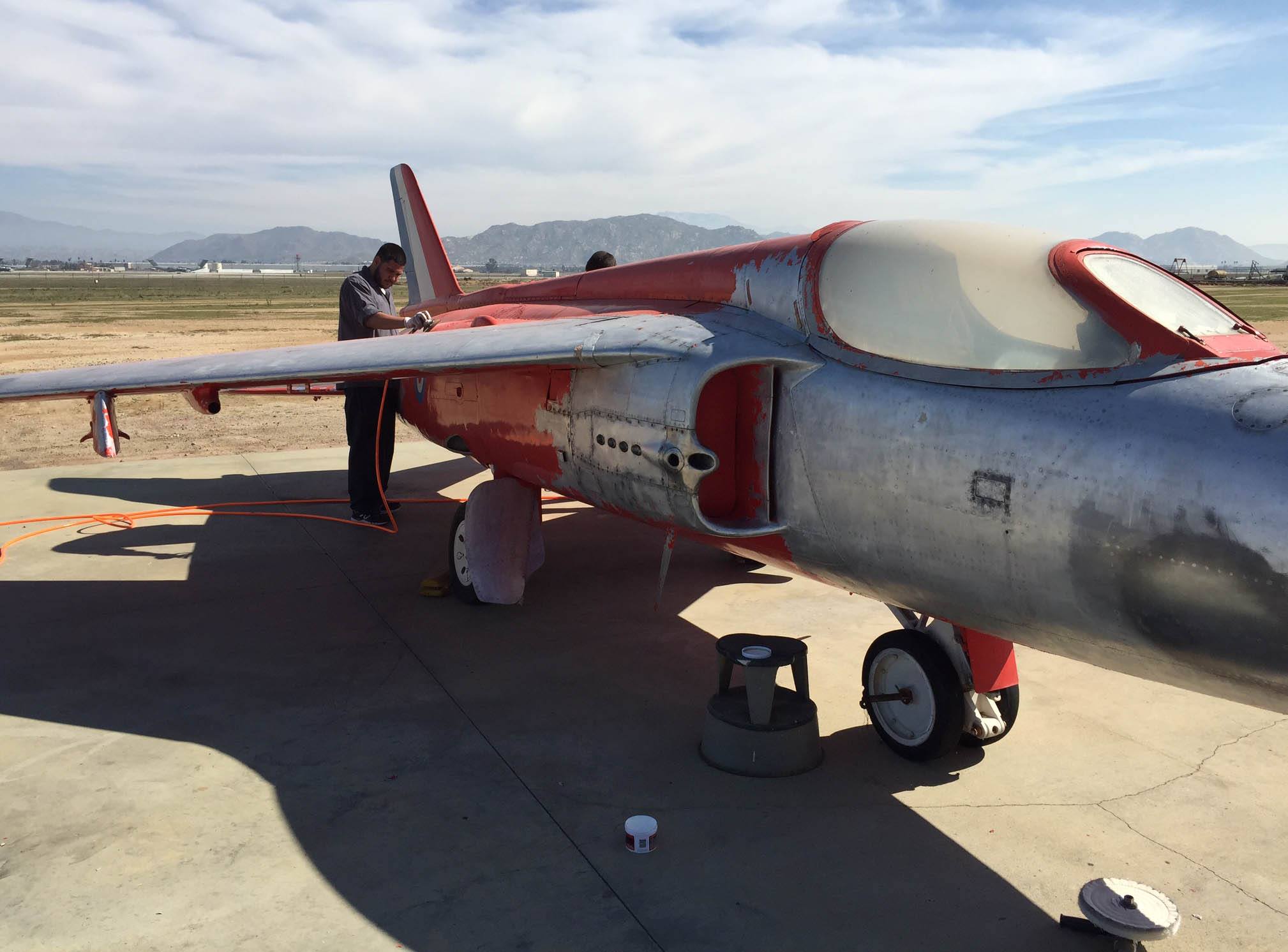