In 2013, A DHC-3 Otter made an appearance at the Shillong Advanced Landing Ground, Opposite the road from the Eastern Air Command HQ. In 2013, an issue of Sainik Samachar reported celebrations of Air Force Day all across India.  One photograph got us pretty excited. In the usual row of aircraft on exhibition, in the foreground corner, was a DHC-3 Otter in fine fettle.  The aircraft appeared to have been stationed at the Advanced Landing Ground at Shillong which is located opposite from the EAC HQ.

Our excitement about the discovery of a new Otter was tempered when we found out that the only other example of a complete Otter, the one on display at Kalaikunda was no longer there. There is no doubt that sometime between 2011 and 2013, the KKD Otter was moved to Shillong, perhaps to make it a part of the EAC HQ Air Force Museum. Because of space constraints, it appeared to have been installed away from the museum in the ALG. (Where it is most likely off-limits to the general public!)

The Otter has been fully restored – with the broken perspex/glass panels replaced, and the aircraft fully repainted complete with anti-glare black patches. The aircraft is also thoughtfully mounted on undercarriage jacks supporting the axles to prevent the flattening of the tyres. 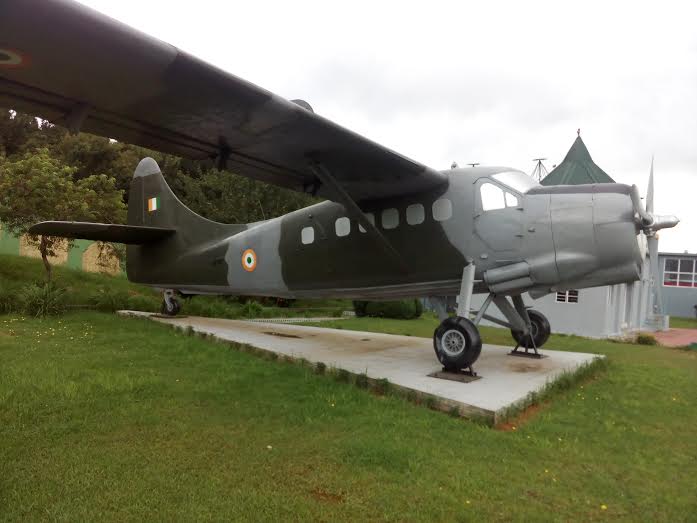 (Above and Below) IM-1057 seen here next to the Shillong ALG ATC tower.  The tires still show damage from their previous days – but the aircraft is mounted on supports. The Otter is painted in a Grey-Green scheme which it may never have carried during its service days. The wings are also tied down to prevent wind and gales from damaging the aircraft. 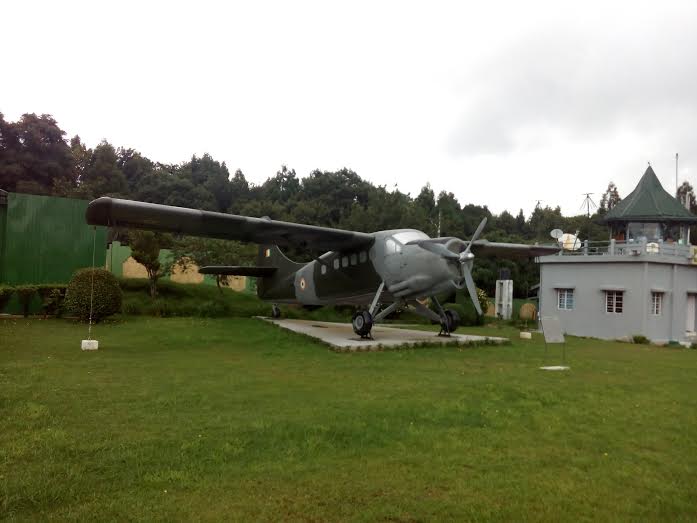