Sqn Ldr D M Subaiya (Retd) sends in these two photographs of the C-47 on display at Zakhama in Manipur. For the first time in years, its identity is revealed as BJ-623 – formerly VT-CGP . The Dakota [c/n 12928] served with the USAF as 42-108908 before being acquired by Bharat Airways as VT-CGB in 1946. The aircraft appeared to have served with Air-India in the mid 50s before being transferred to the IAF. The registration was cancelled 12 April 1962. 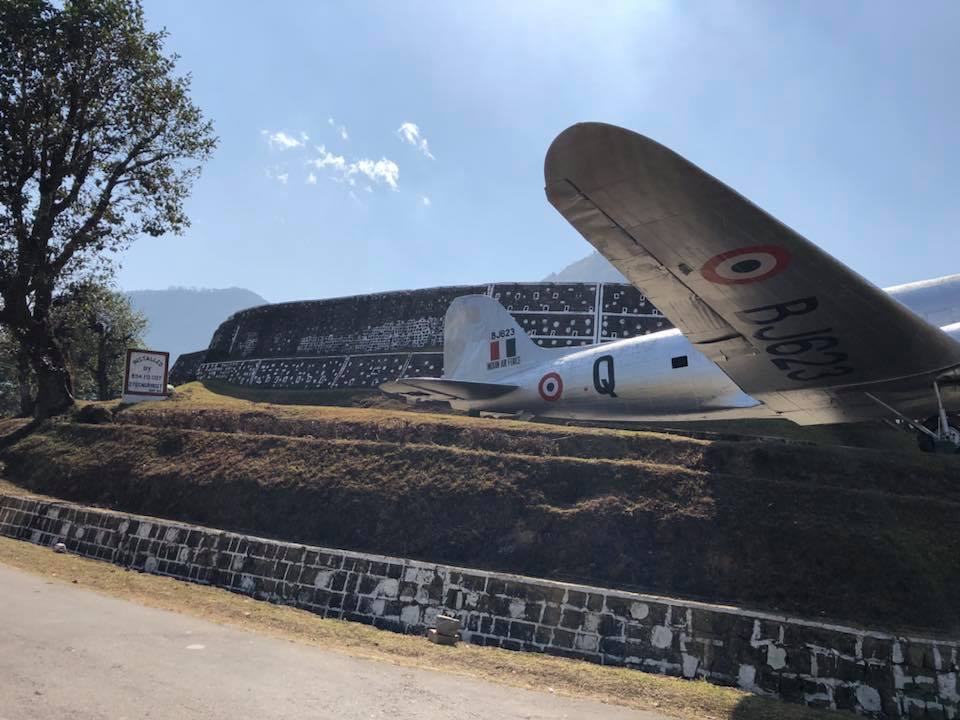 How did this aircraft end up here? In the early 80s, the AOC of Jorhat at that time, Air Cmde Kanagat VM, presented a Dakota aircraft to the 8th Mountain Division of the Indian Army, which was based at Kohima in Manipur and whose air support was the task of the Wing at Jorhat. The Dakota was transported to Kohima and assembled by the Air base personnel to the Jakhama army cantonment area. Jakhama is hardly 10 kilometers from Kohima, but actually lies outside the state border and in the neighbouring Manipur state. But rather than get down at Imphal, it makes sense to visit Kohima and then proceed to Jakhama

8th Mountain Division had moved out of that area, but it appears that the Dakota is still there – The premises are now occupied by the Inspector General Assam Rifles.