The Indian Naval Academy, Ezhimala is Asia’s largest Naval Academy. The Indian Naval Academy is situated in Kerala. It is situated at a distance of 35 kms from the historic city of Kannur and 135 kms from city of Mangalore. The Academy is surrounded by Mount Dilli, the serene Kavvayi backwaters and the majestic Arabian Sea. The campus occupies an area of 2452 acres, with a total perimeter of 22 kms.  The important landmark of INA campus are the Headquarters, Parade Ground, Chola stadium, cadet squadrons, Katari Cadets’ Mess, aquatic complex, sports fields, officer residential area, naval sailors accommodation and civilian employees residential area.

The foundation stone for the academy was laid on 17 January 1987. Soon after, in the wake of the 1991 India economic crisis, the central government was forced to cut back funding for the construction of the academy. Later, construction was stalled due to litigation resulting from the land acquisition. Construction finally resumed 1997-98. On 6 April 2005, the naval base depot INS Zamorin was commissioned as a part of Phase I of the academy by then Chief Minister of Kerala, Oommen Chandy.  On 8 January 2009 the Indian Naval Academy, was inaugurated by then prime minister Manmohan Singh.

The first indications of warbirds arriving at Ezhimala occured in 2008 when a Flickr user posted the photograph below – it shows a Sea Harrier, bearing the dark grey colour scheme of the 80s being transported on two trailers with INAS Garuda markings somewhere near Thallicherry. It was speculated by the webmaster that it was bound for Ezhimala Naval Academy at that time.

Since then the following photographs of the impecabbly maintained Sea Harrier FRS51 (IN603) were contributed by Air Marshal S Bhojwani. The aircraft is one of the two mounted near the main parade ground. IN603 built in early 1983 and was delivered to the Indian Navy in December 1983. Mike Bennetts ejection site notes that the aircraft was damaged in an accident on the ground on 17 May 2005.  This ties in with the photograph of the Harrier travelling by truck in 2008.  IN603 looks complete with the engine nozzles, but the ejection seat has been removed. 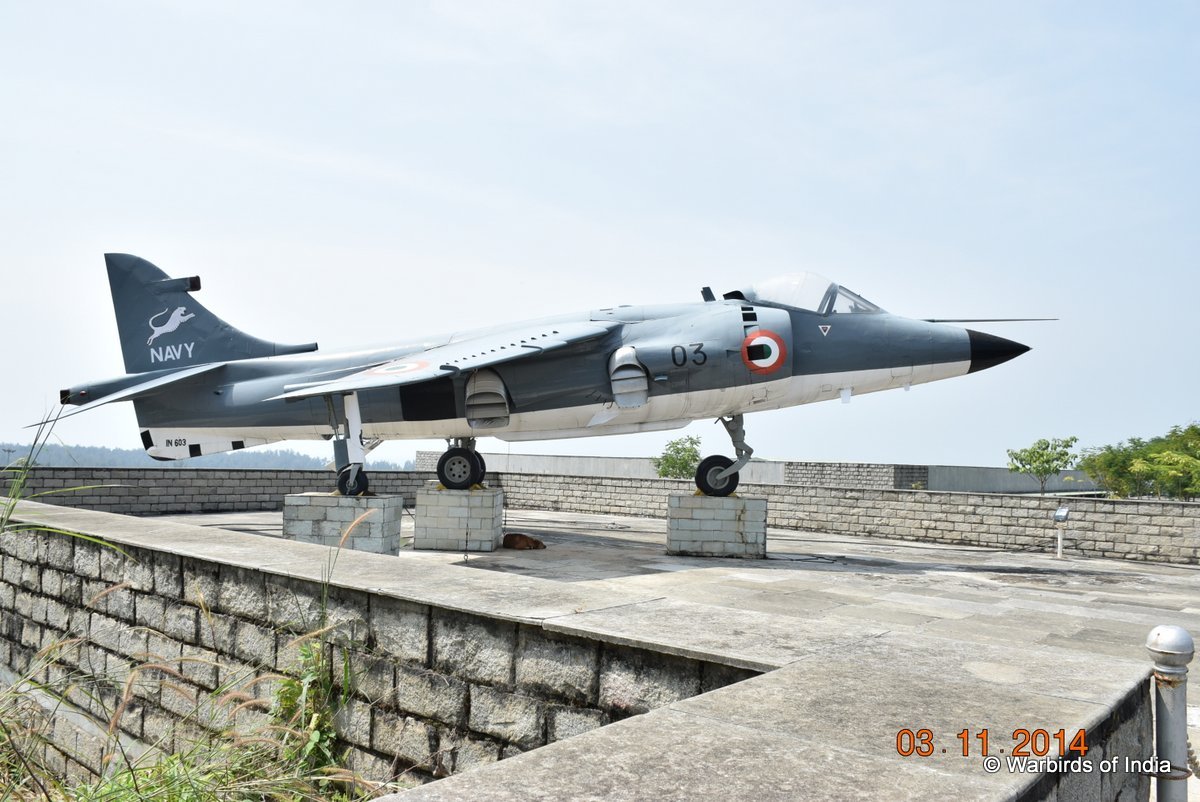 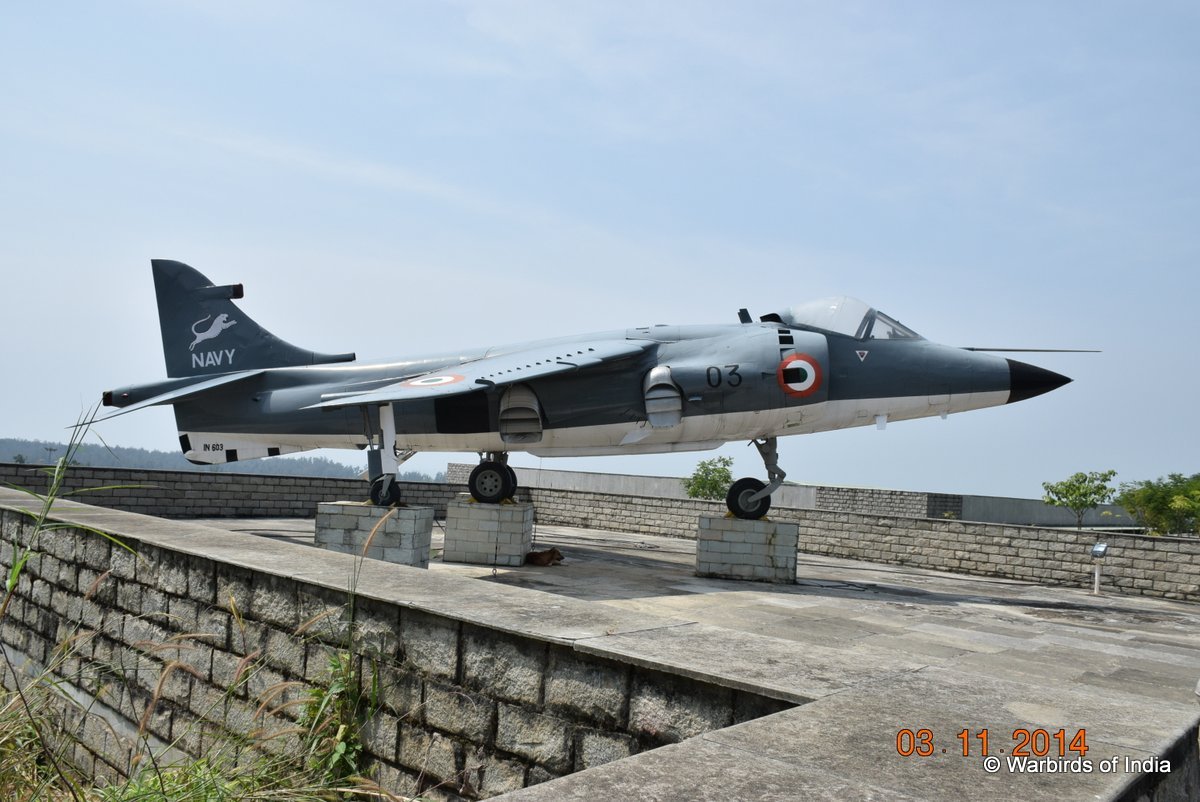 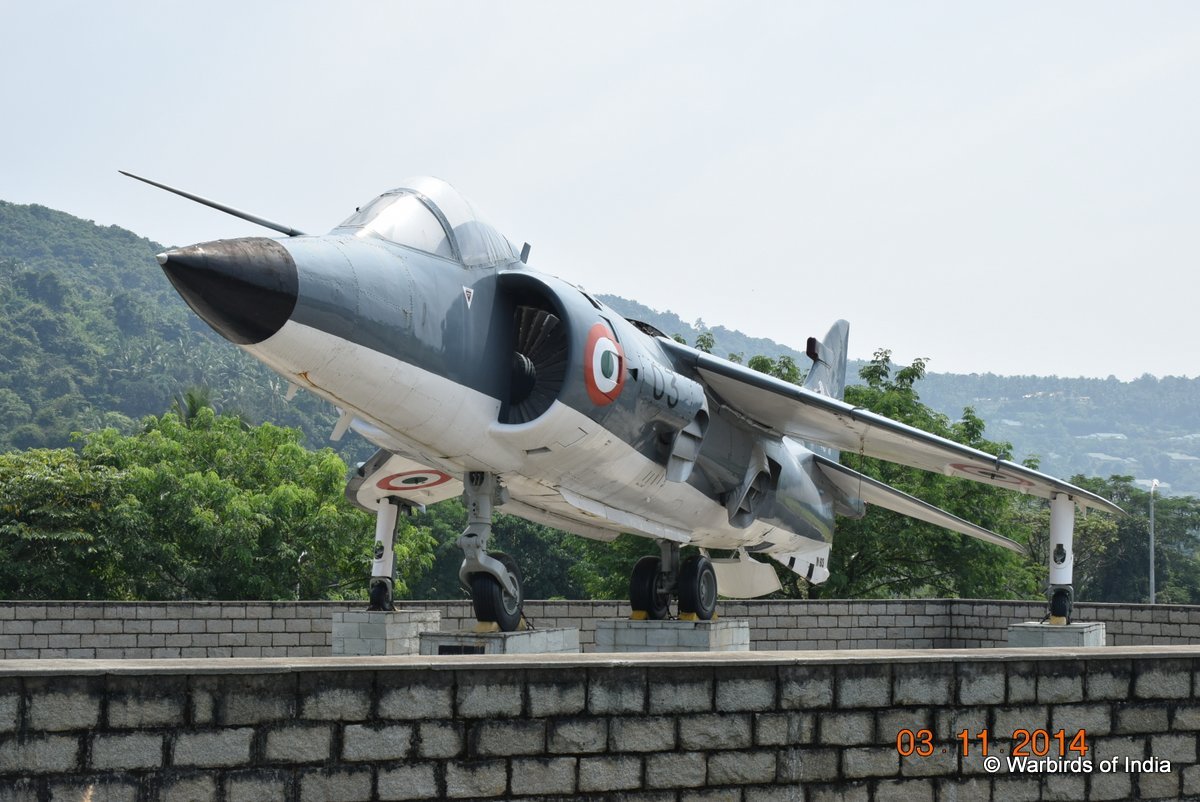 Another iconic aircraft on display is the Breguet Alize IN209. This Alize is one of the six survivors in India and was on display for a short while on the IMS Vikrant Museum.  The aircraft is displayed at a local road traffic corner with wings folded. 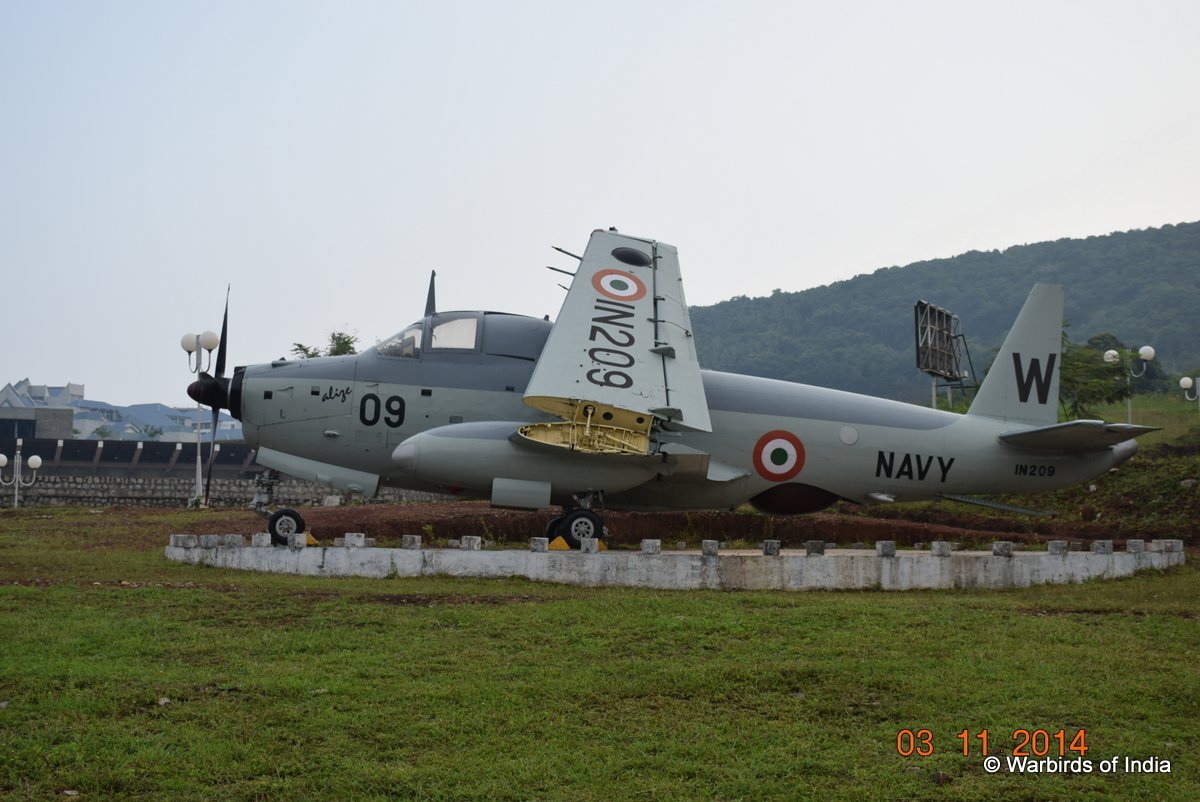 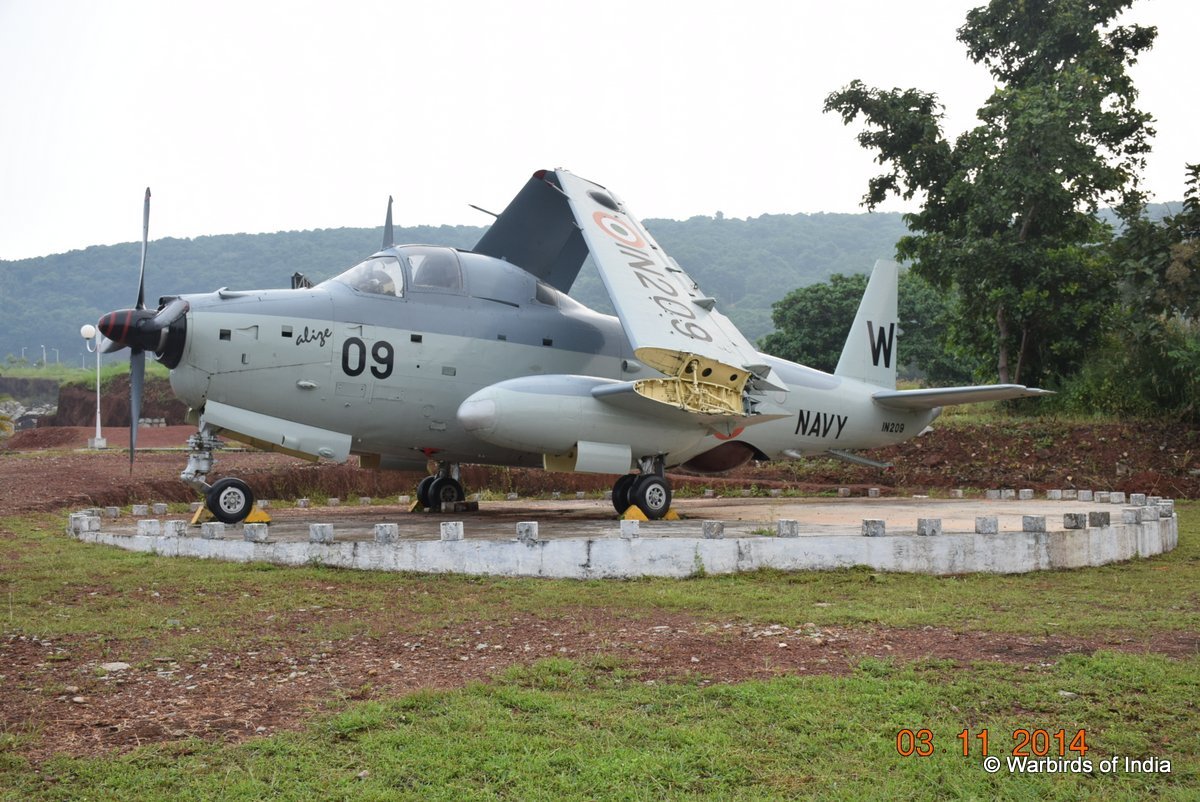 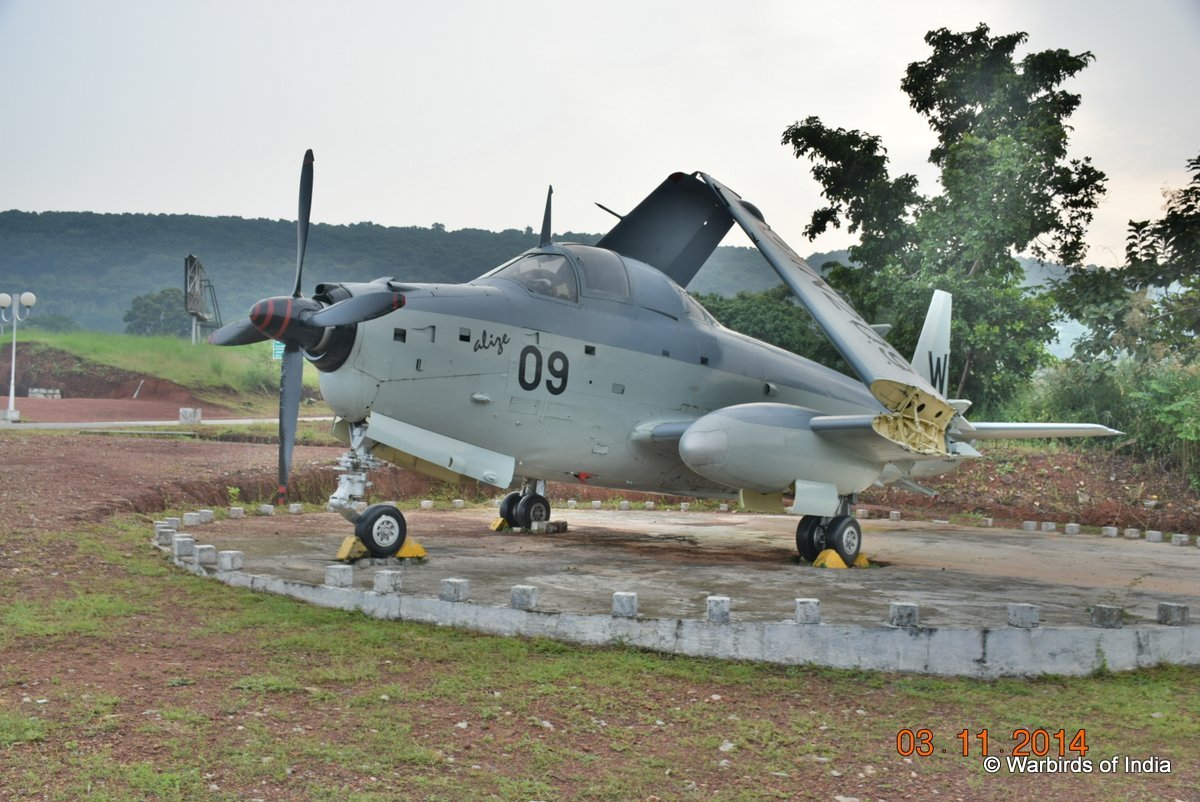 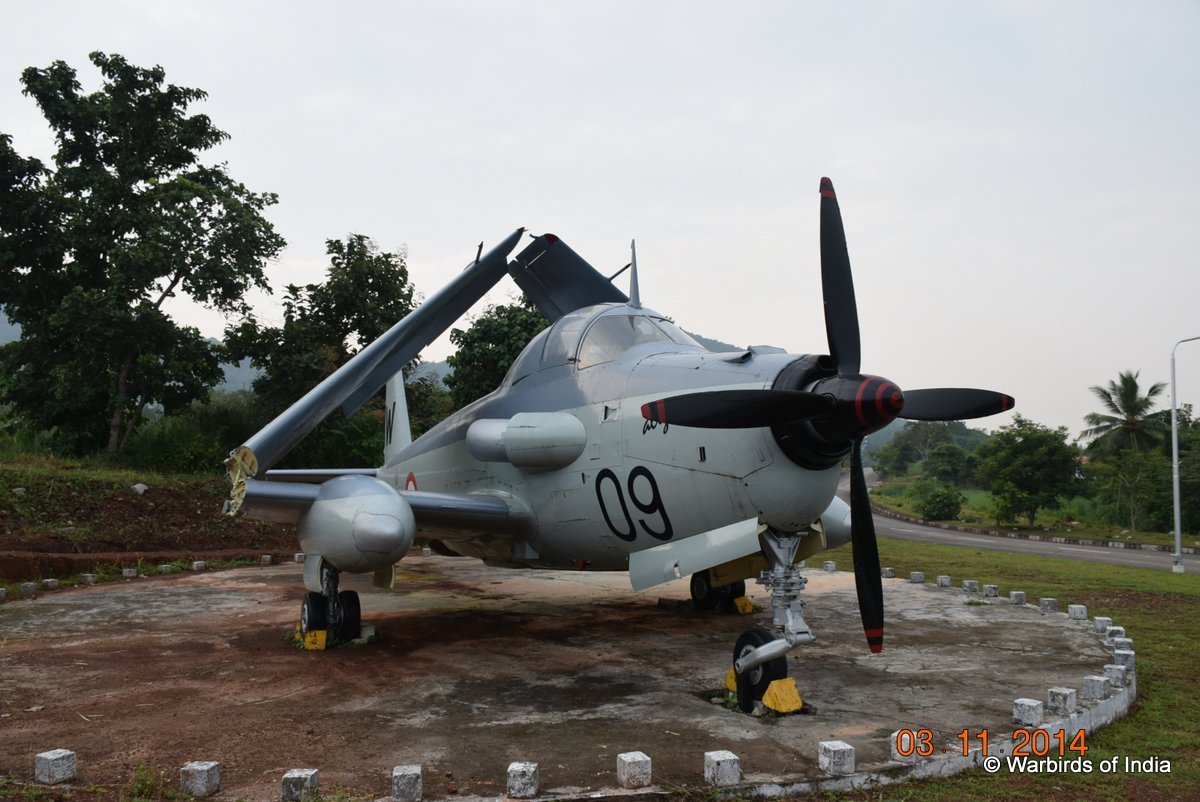 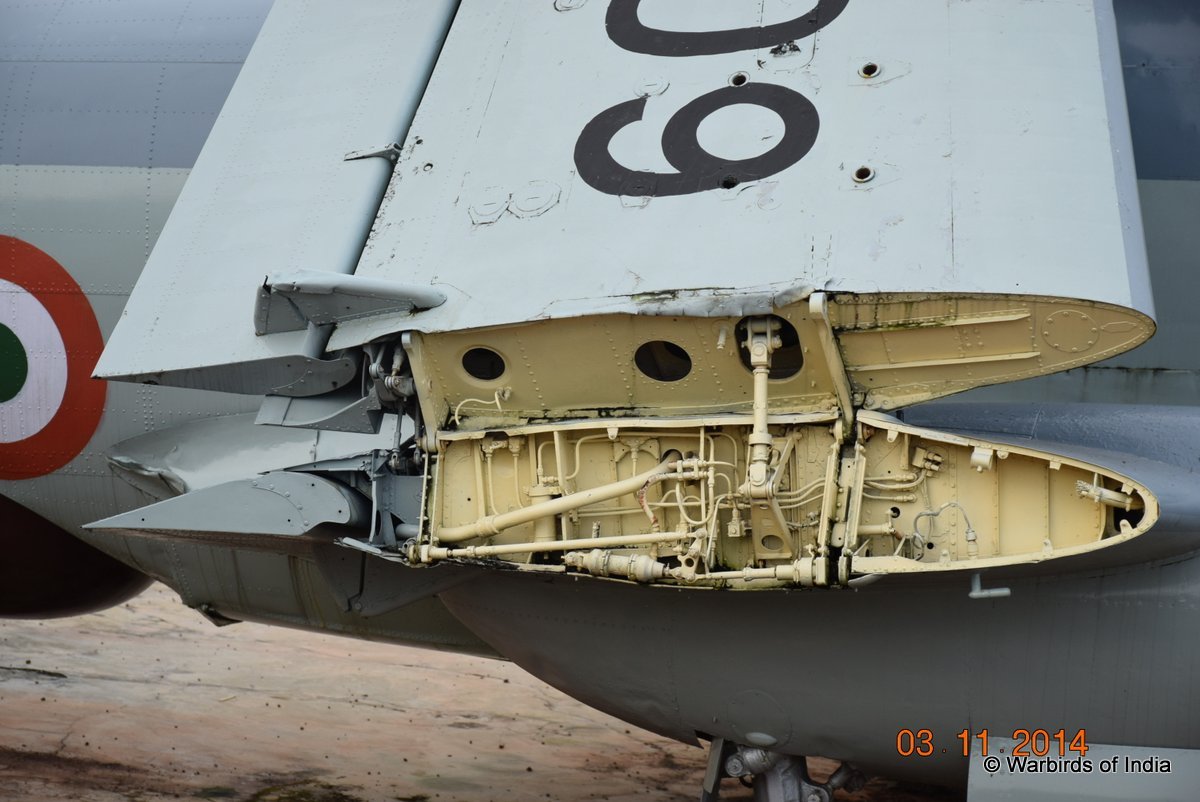 There are atleast two other Helicopters on warbird duty at the Academy. One of them is believed to be a Kamov helicopter of unknown mark. The other is a Sea King helicopter with the marking 01. The Sea King is displayed near the parade grounds as well. 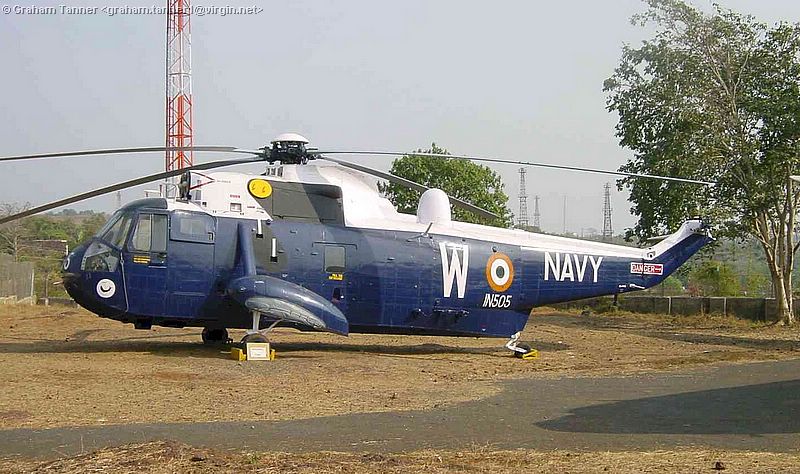