Dipalay Dey visits the Indian Air Force museum and gets the first public look at Sabre 1606 being ‘restored’ by the Indian Air Force Museum. The photos on this page have been taken on two different dates and show the aircraft in its original all-metal/silver scheme with BAF markings and a subsequent photo with the primer applied on its starboard side.

It is expected that the Sabre will be painted in PAF colours on one side and BAF colours on the other – acknowledging its service in two different air forces. 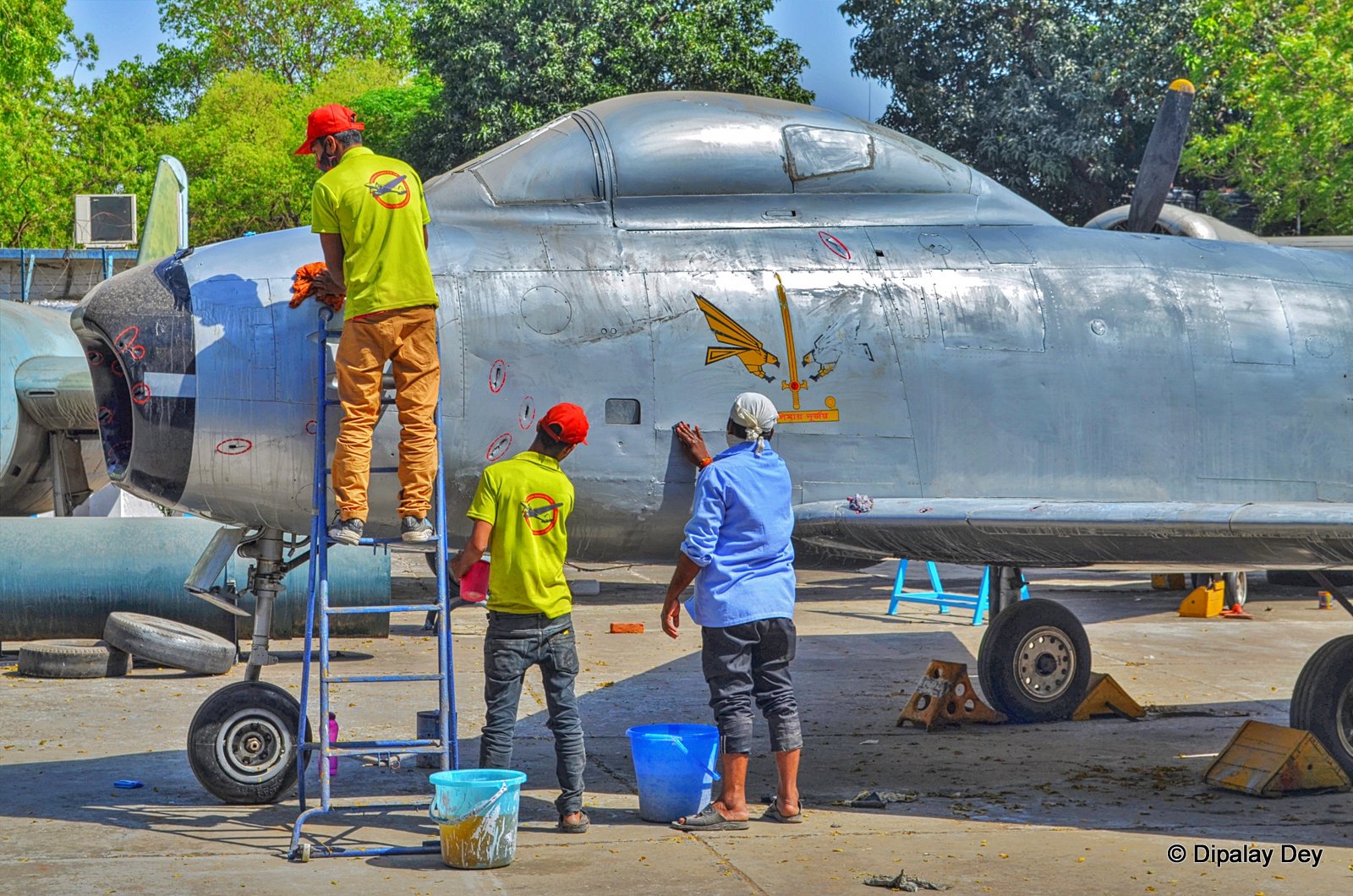 In this photograph where the aircraft is still in the BAF supplied livery – the damage made to the fuselage using tools and axes is clearly highlighted by the red dotted border applied by the BAF.  Despite this half-hearted attempt, the Bangladesh Air Force repaired them and actually operated about five of the Sabres for at least a year. Sabre 1606 was probably one of the examples that were not repaired by the BAF at that time.