Continuing the tradition of Science Centers with aircraft, The Guwahati Science Center was given a MiG-21 FL Airframe a few years ago. The aircraft was previously seen flying at MOFTU.

The Regional Science Center, Guwahati ( www.rscguwahati.gov.in ),  is located at Jawharnagar, Khanapara. It is an activity driven non formal science education destination for all members of society. The centre is under the National Council of Science Museums, and has galleries on earth science, fun science, life science, agriculture, petroleum and forest, and a mock coal mine. It also has a science park and an exhibition hall. The total floor area of the centre is 3,903 square metres.

The Indian Air Force had allocated a MiG-21 to the Center in late 2003.  And in early 2004, a concrete platform/pylon hybrid structure was built to carry the aircraft. The aircraft is displayed with its undercarraige down on the two “Y” shaped Concrete pillars. This effectively keeps the aircraft a bit out of reach of the inquisitive!

When contributor Dipalay Dey visited the aircraft recently in 2015, the aircraft appeared to be fenced off with a chain fence. Its id painted on only one side of the fin, but overall looking in good condition. 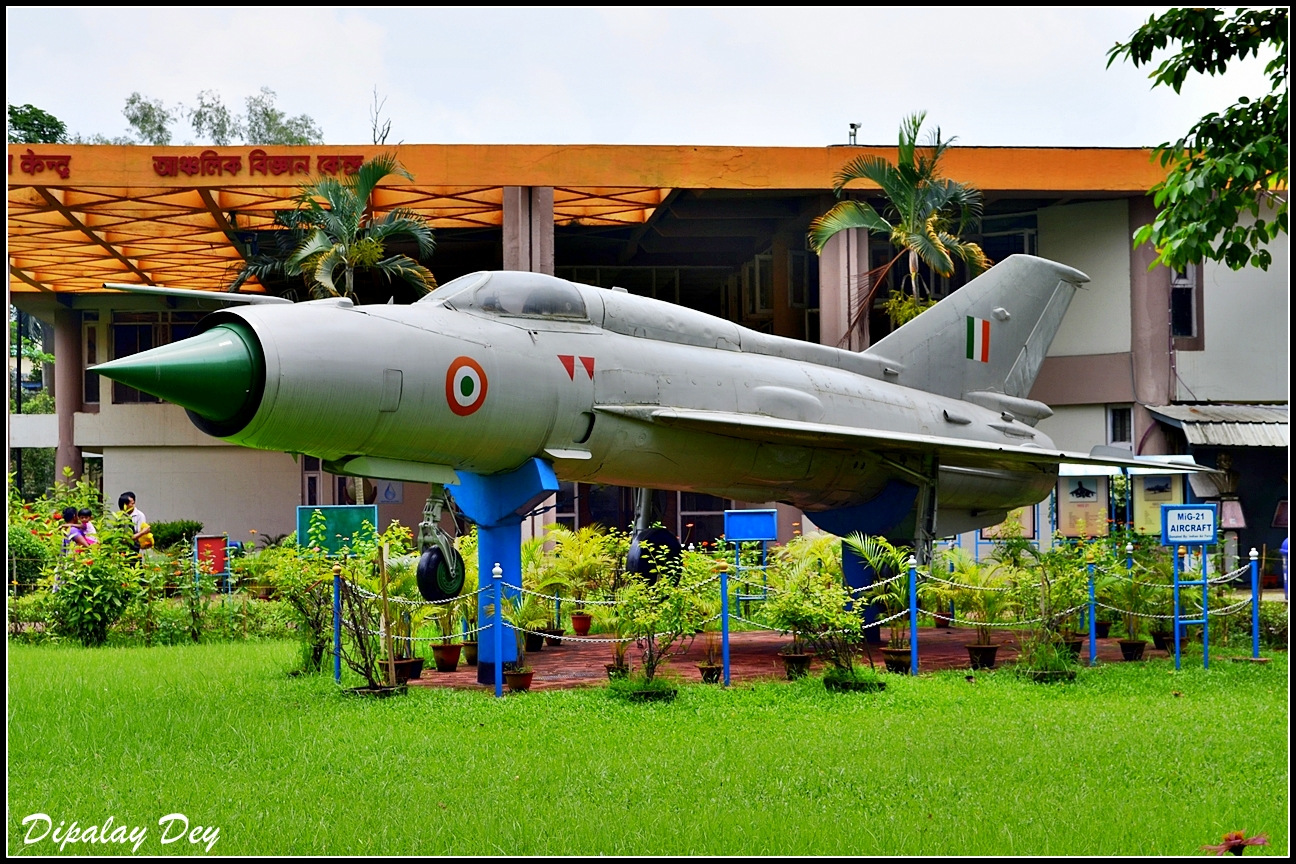