Itanagar is the state capital of Arunachal Pradesh. Located at the foothills of the Himalayan range, it is at 2500 feet above sea level and is the administrative seat of the State government administration.

Itanagar is the state capital of Arunachal Pradesh. Located at the foothills of the Himalayan range, it is at 2500 feet above sea level and is the administrative seat of the State government administration.

The town is located on the northern banks of the mighty Brahmaputra river and is connected by road to Tezpur – which houses a large Indian Air Force Station. The town is home to two warbirds – two HAL built Gnat fighter aircraft from the sixties. Unfortunately neither aircraft is in good condition.

First up, is HAL Gnat E271 located at the State Museum located in the northern portion of the town. The state museum, otherwise known as the Jawahar Lal Nehru State Museum of Itanagar was opened in 1991. The date of arrival of Gnat E271 at the museum is not known.

This particular aircraft suffers from a broken canopy, faded paint, oxidation on the panels and general neglect. However being located on the museum premisers has given it some protection of sorts. 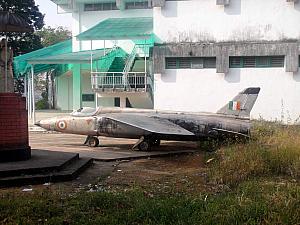 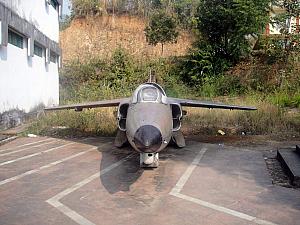 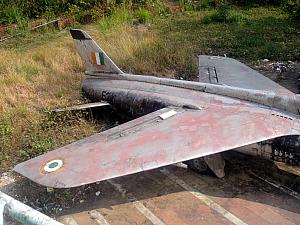 The same cannot be said of the next warbird in Itanagar, in what must stake claim to the “Saddest Warbird in India” . It is a much neglected and vandalised HAL Gnat located in a public park.

This aircraft E-208 is a pre-1965 war construction example and would have seen action in the 1965 conflict.  The aircraft, despite being fenced off had suffered the ravages of display – it is missing its canopy, several fuselage panels, undercarraige, nosecone, rudder – you name it.  This sad relic is located in the Indira Gandhi park off Highway 52A near the Science Center. 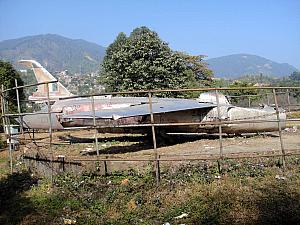 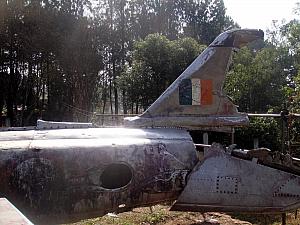 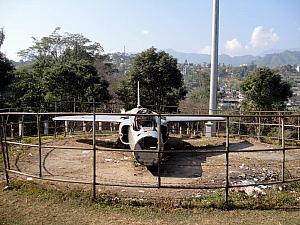 We have no idea when E208 arrived in Itanagar – and it is a depressing sight to behold. This aircraft is beyond recovery and would only be destined to the scrap yard at some point.

Walong Memorial – Past and Present

Walong Memorial – Past and Present